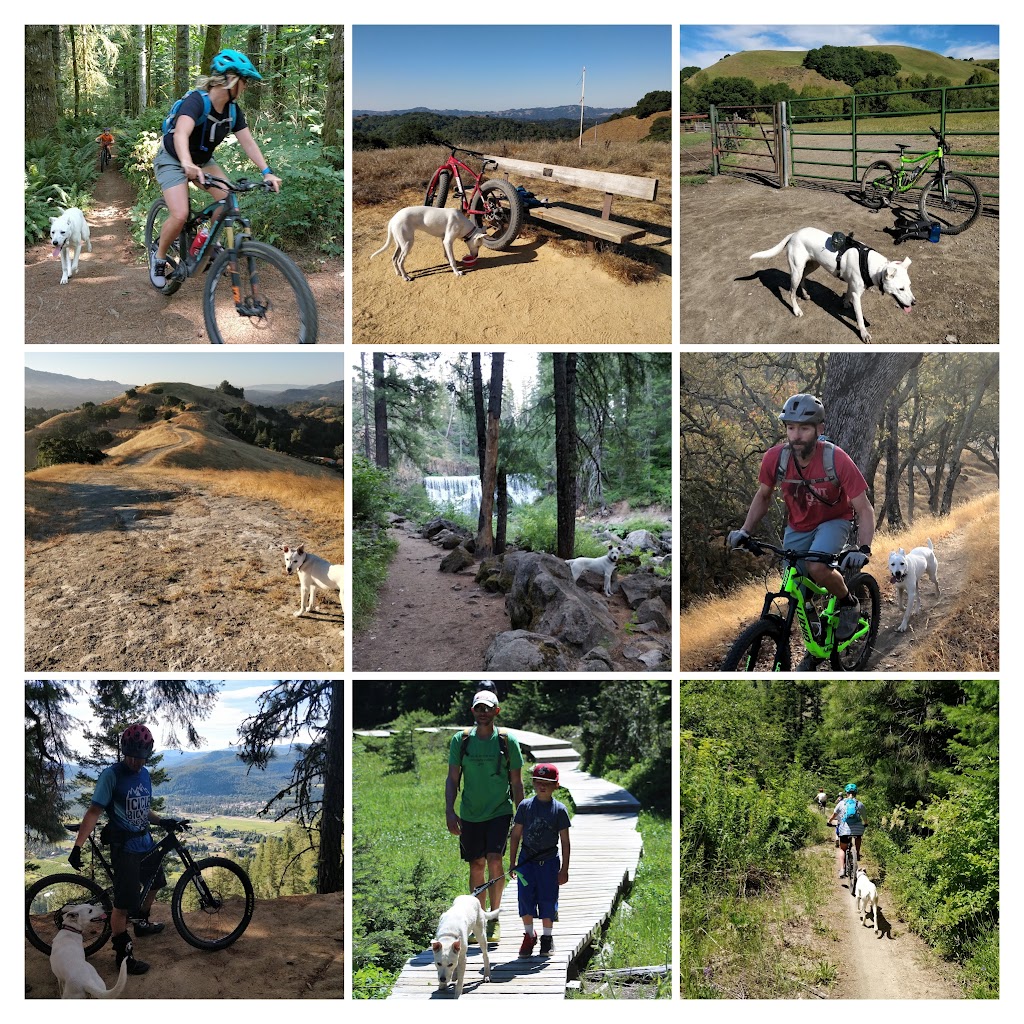 Coco and I run/ride almost daily. I rarely take a leash anymore, but it wasn’t always like that. Coco is a cattle dog and that means her spontaneity is deeply wound with her natural instincts. Those instincts are herding, scavaging, and chasing; all of which are undesirable when out for a run on public trails that are peppered with people, coyote, cattle, or even bear.

Here’s a few things I learned while training1 Coco how to be trail friendly. Coco failed several times over when working towards trail obedience, but by spending the time, rewards yielded.

Before I took coco out for her first real laps into the open, there was some “work up” to feeling confident she would recall or retain an acceptable distance. A few things we did to boost both my and Coco’s confidence.

I don’t doubt that the fences and walls which bound our dogs are the very force that drives dogs to sprint away when the opportunity presents. It’s the same mentality when the dog is on leash all the time. For this, we aimed to make the front yard not an “opportunity”, but just a passing that will happen again and again. When Coco was really young I made it a priority that she be uninterested in an open front door. The goal here was to offer her confidence that we can go outside anytime.

We started by simply walking her (on leash at start) to get the mail, and back into the house. Any short trip to go out front (garbage day, forgot something in the car, etc), Coco would come for the trip. Eventually the leash came off more and more; she was out front for car washes, bike overhauls, hoops sessions, and other things that had us confined to the property, but outside.

While she still responds wildly to a knock or doorbell, she’s relatively subdued if we open the door or simply leave the door ajar to allow a breeze.

I found 3 things essential to Coco’s journey in trail etiquette.

Coke’s got a bear bell attached to her “sports bra”. I can’t stress how important this bell is. I’d go as far as to say it’s #1 item on our pre-flight check list. Perhaps, it’s more for me than for her. Here’s why: 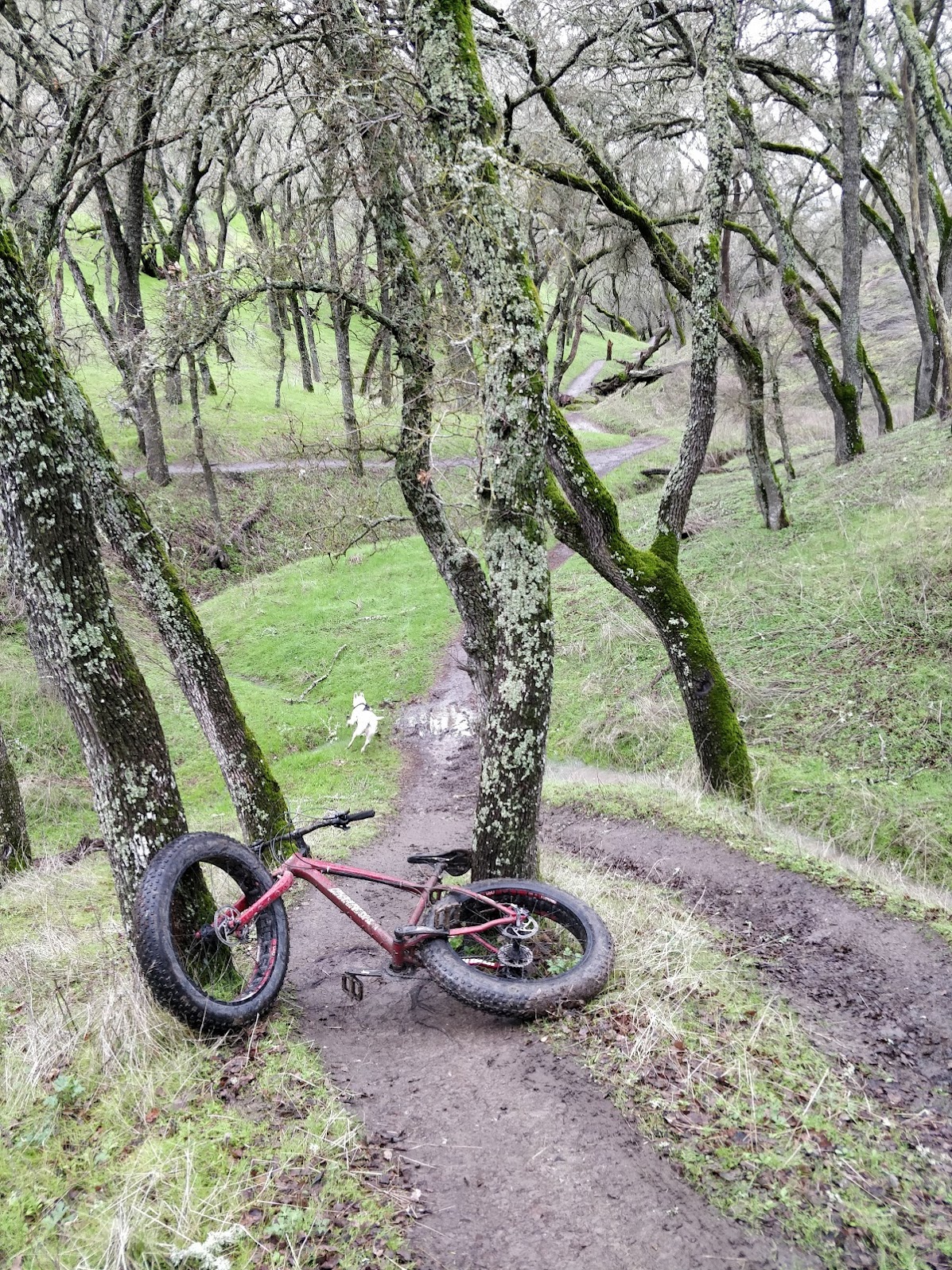 I’ve hit a few trees (eg: ^), crashed in a few gullys, and had a few frustrating moments ridign with Coco. We learned very early that if it’s single track, I have to be the one in front. Even on the uphills where she will be faster than me. It’s a natural thing for her to get distracted by a scent or artifact. There were times we were going full boar, and she’d just come to a complete stop to smell a weed, and block the trail. For that, we both realized that she needs to be behind me at anytime we are on a single track or moving quickly. I chose “Back” as my command becuase it works well getting her off the front seat as well.

With that said, training this actually did not take long. A pocket full of treats and a few sessions where I would be riding, and just stop, command, and point. Eventually, Nutter got the intent, and now voluntarily will jump side-trail to take her position.

Finally, the reality of getting The Nut Job up to speed. It’s an investment to teaching a dog proper trail etiquette. It’s still a work in progress, and often it’s a comprimise on the workout. Slower descents, managing pace (especially if it’s hot), rewarding with a swim break. These are all things that creep into the ride. What used to be 18 miles on the trails, is 9 TOPS. Dogs need rest, and that limits the play. Coco will top out after 1.5 hours.